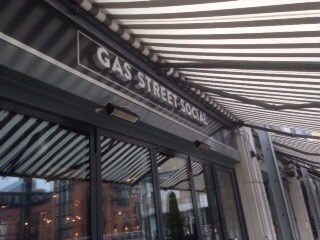 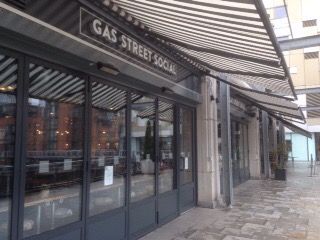 Gas Street Social is a brand new bar and restaurant at The Mailbox in Birmingham City Centre nestled by the canal (with views) and offering a seasonal taste of home comforts alongside an eclectic menu and speciality drinks.

On offer for veggies are sharing plates, veggie burgers, cheese boards, and stone baked flat breads as well as pies including vegetarian on a Tuesday.

Alongside the food sits craft beer, delightful cocktails which are a speciality of Gas Street Social both handcrafted, modern and  classics. 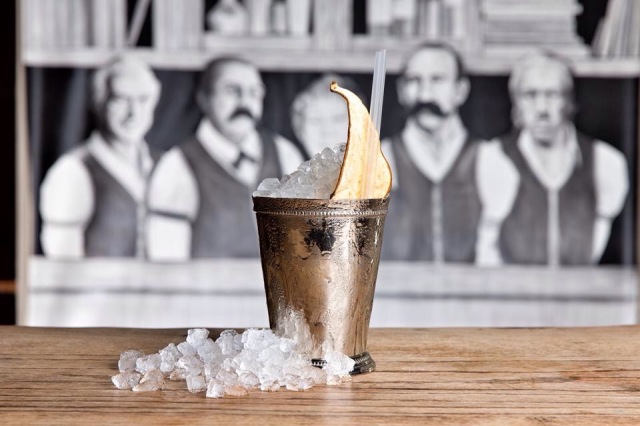 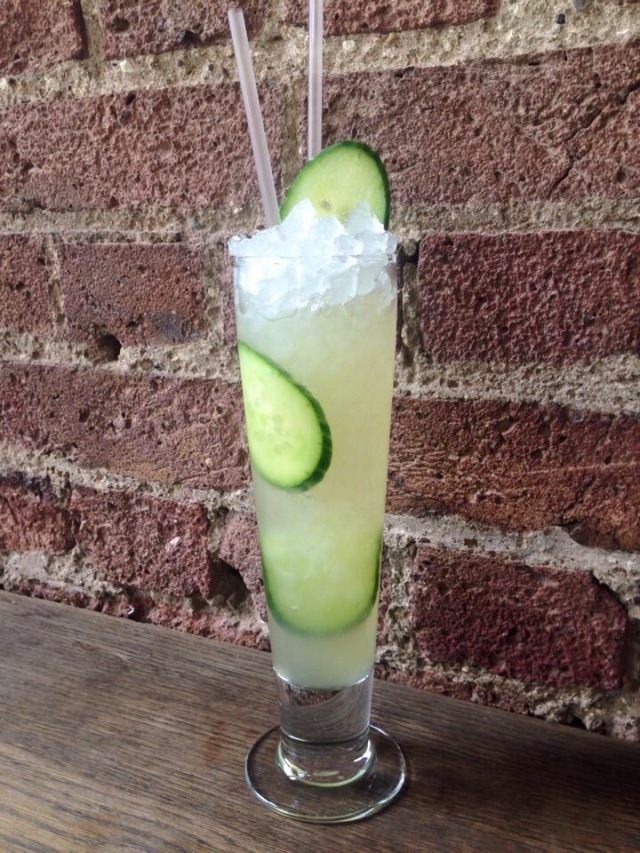 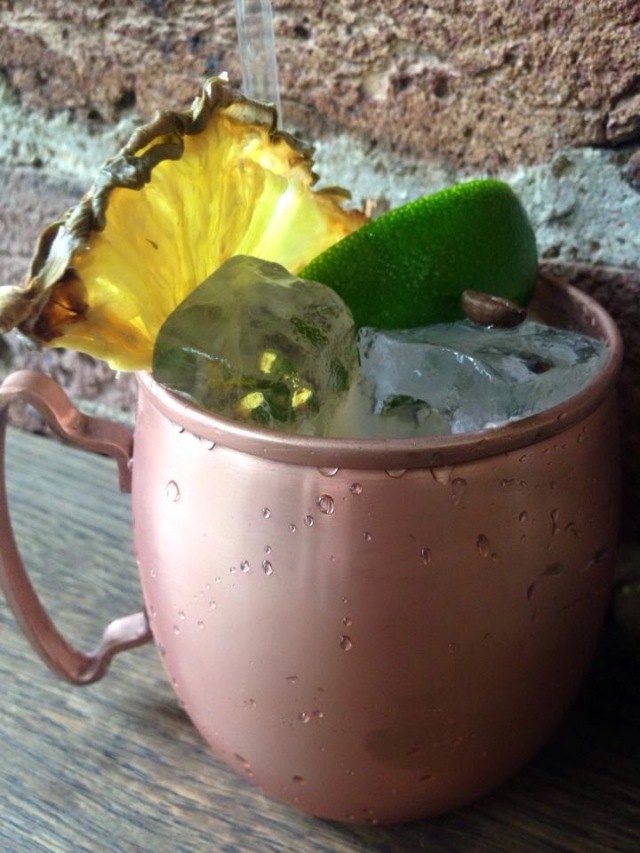 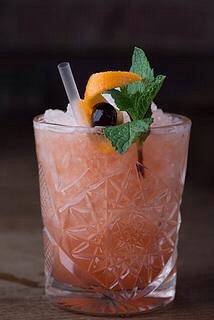 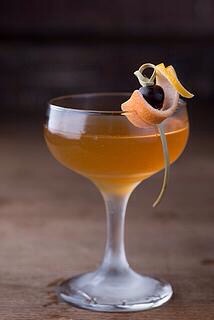 Inspired by the industrial and cultural context of Birmingham’s rich history centred on the concept of sharing and socialising.

As an independent entity owned by Adam Freeth from Redditch it promises to be a great addition to the Mailbox area and even more so as an independent venture amongst so many so so chains.

For vegetarians the menu offers  dishes such as  a superfood salad, soup, cheese board, social plates which seem the most tempting and include: Beetroot tart, sweet potato and quinoa, crispy arancini balls.

Mains include a veggie sweet potato and quinoa burger with triple cooked chips and watercress, and mushroom gnocchi.

The sharing plates are £17 for three and £27 for 5 plates. Ideal in the Mailbox setting, by the canal.

Gas Street Social also have a dedicated children’s menu including vegetarian and a long list of tempting deserts. 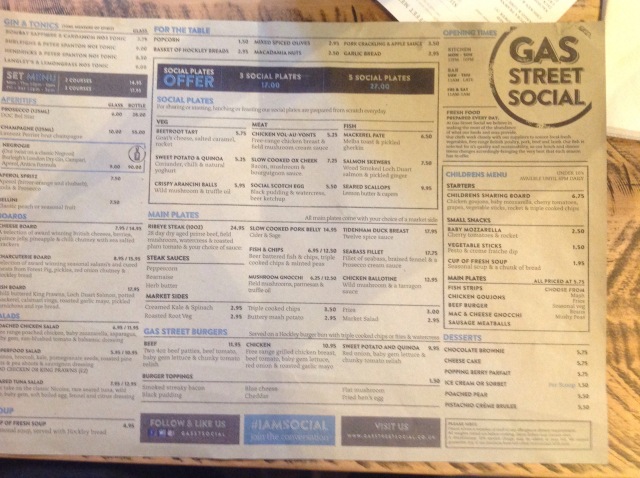 Unfortunately I wasn’t able to attend the press dinner last week, but have heard good things about Gas Street Social and its decor and food options.

I’m looking forward to visiting soon though for a proper review of their vegetarian dishes and like the look of the sharing plates which I’m a big fan of.

As an alternative to the set three course meal places nearby it offers a real alternative.

Wharf side, The Mailbox, Birmingham B1 1RL. 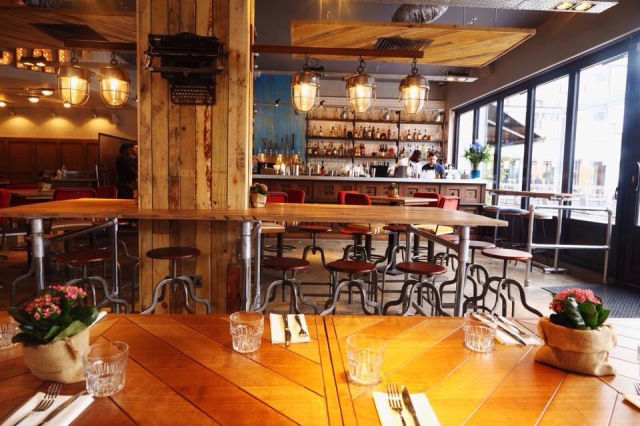 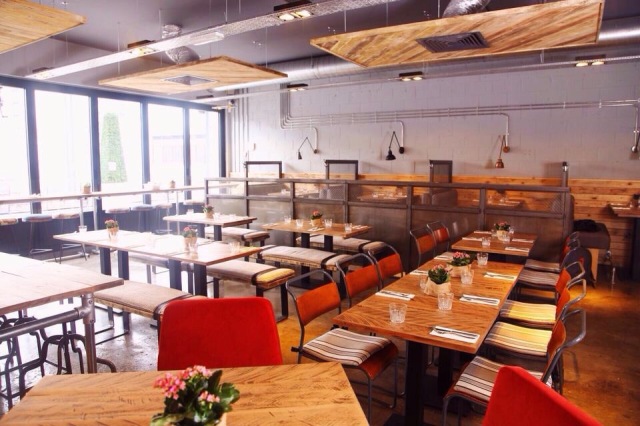 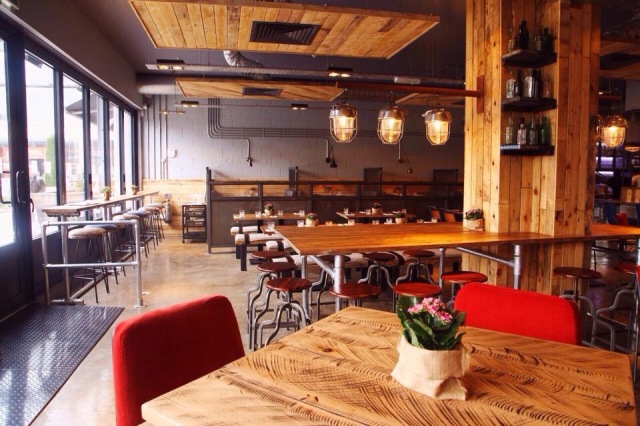 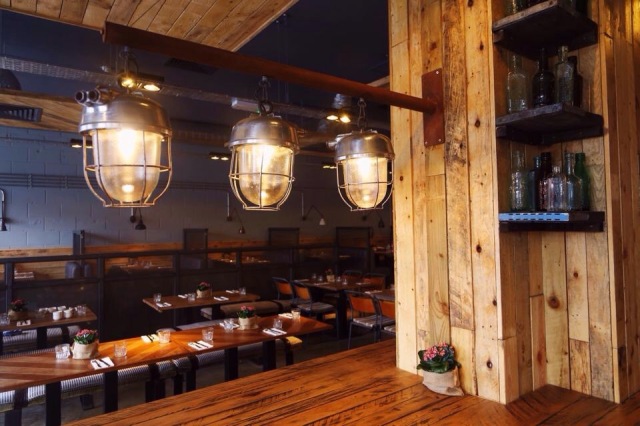 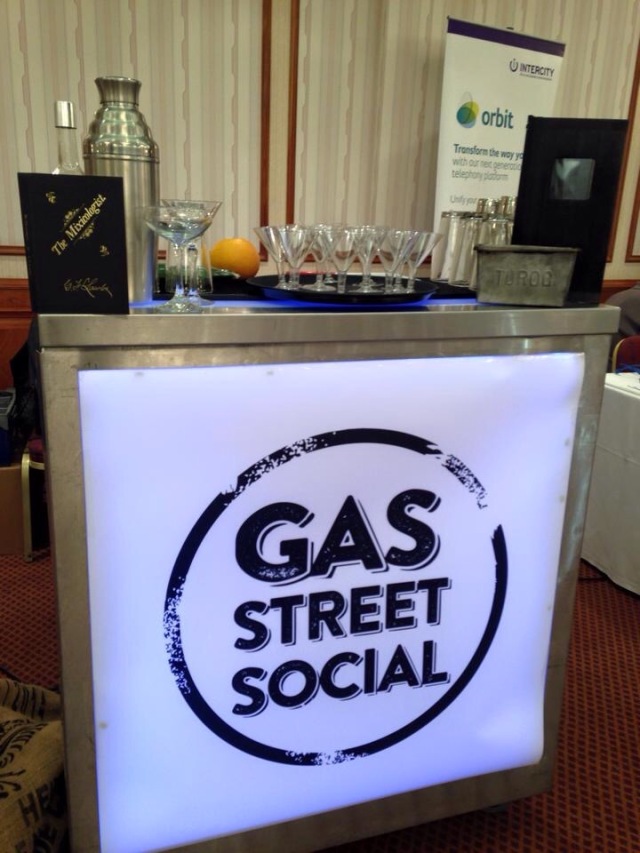 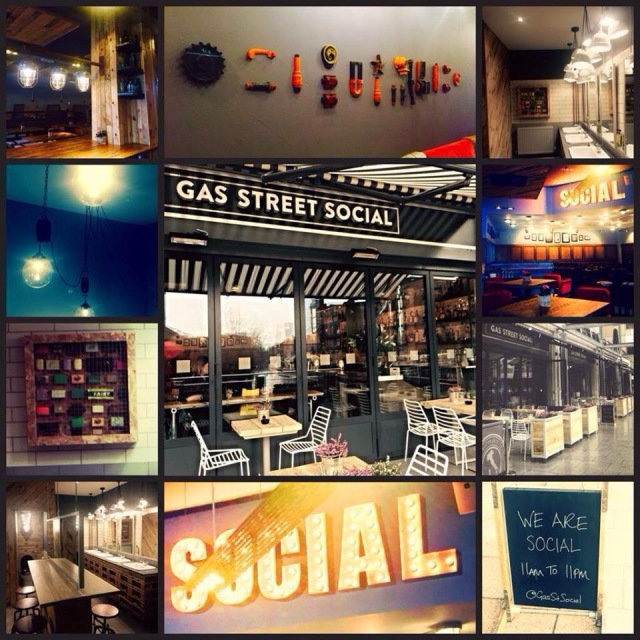 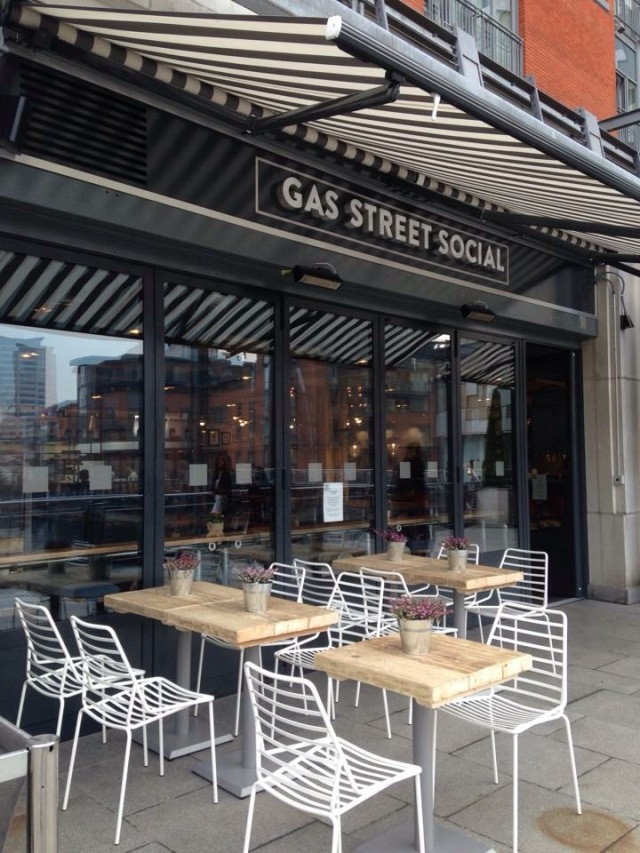