A few weeks ago I was contacted by the Met Bar and Kitchen in Solihull for my input into their new menu. They wanted to explore with me their vegetarian dishes and ways in which they could improve the scope and variation on the menu in order to launch their new dishes and menu during Veggie Month which falls this month (March).

I have to be honest and say that i’d never eaten at The Met Bar & Kitchen before though I’d seen them on Twitter and walked past numerous times when in Solihull, but knew for vegetarians the menu was limited and felt more of an add on rather than interesting enough to attract vegetarians into the bar, as well as impress meat eaters to try them out.

‘Solihull’s Met Bar & Kitchen is marking Veggie Month by launching a range of daily changing vegetarian specials which will run throughout March.

Created by Head Chef Zeke Agrios with ideas and input from Midlands-based vegetarian food blogger Andy Hare, the meat free dishes have been developed to tempt both vegetarians and meat eaters, with fresh seasonal and colourful ingredients expertly combined to make flavoursome and satisfying meals.

Met Bar and Kitchen Owner Alistair Tyson said: “We were conscious that vegetarian dishes are very often put together by meat eating chefs so we invited Andy to come up with some opinions he’d like to see on menus when dining out.

“Andy’s suggestions are a refreshing change and, with some chef development, they sit well alongside our new seasonal menu which will also launch in March.

Andy Hare said: “A vegetarian meal when dining out can often mean a pasta or mushroom based dish.

“We have some great vegetarian menus in Midlands restaurants and I’m delighted to add Met Bar and Kitchen to that list. My wife is a meat-eater and I know these are dishes she would order and enjoy too.” 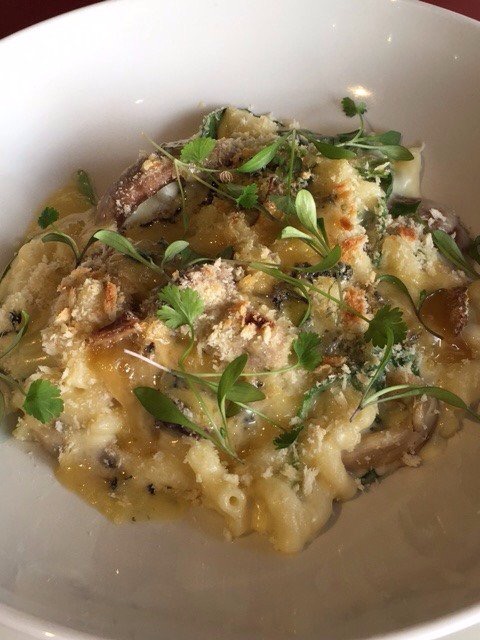 The dishes that I suggested will also be on the menu as specials, over the course of the month.

Animal Aid’s Veggie Month provides an opportunity to emphasis the positive benefits of a vegetarian lifestyle and diet.
It runs from March 1st-31st.

The Met Bar & Kitchen is owned by Solihull Businessman and residents Chris Kelly and Alistair Tyson. They are also proprietors of The White Horse at Balsall Common and are involved in The Sun on The Hill in Birmingham.

Thanks to Lucie Ray-Barrett on behalf of Met Bar and Kichen, Solihull for my involvement.