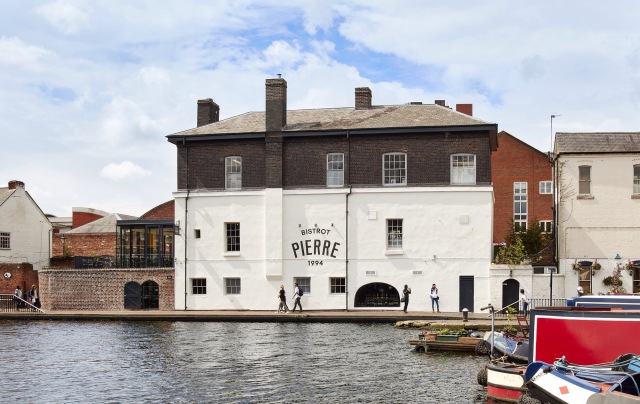 Having opened their first restaurant in Nottingham more than 20 years ago, school friends and business partners Rob Beacham and John Whitehead are delighted to be opening in the UK’s second city.

“This has been a long time coming and we’re really looking forward to welcoming Birmingham’s diners to our newest location,” said Rob.

“The Grade II listed building is steeped in history, having previously been used as the headquarters for the Birmingham Canal Company – playing a vital role in the rich history of the city.”

Bistrot Pierre received a significant investment from private equity firm, Livingbridge, in 2015 to support its expansion plans – and Birmingham’s bistrot is the first of many new openings since this cash injection.

John said: “We believe very strongly in maintaining an individual and unique feel across our bistrots and the interior in each restaurant strongly reflects its location; no two bistrots are the same. Our passion for French food and high levels of service are features which we believe are paramount across the brand. We’re also very pleased to have created almost 50 new jobs in Birmingham.

“We’ve learnt a lot during our time in business and we continue to adapt and evolve to give the loyal diners we’ve built over the years an authentic and enjoyable dining experience. Birmingham is one of our most exciting openings to date and the bistrot itself is certainly something different for us – and for the city.”

The launch of the new Birmingham restaurant coincides with an important rebrand for Bistrot Pierre – modernising its livery with a new look logo, menu design and signage incorporating stylised French characters and artwork, which will be rolled out across all of its restaurants in the coming months.

Using three of the restaurants’ own waiting staff as the stars under the umbrella title of #bonjourbirmingham, Birmingham based videographer Ergo films has produced the three films using stunning iconic locations around the city as the backdrop. The first film launched on Bistrot Pierre’s social media channels last week.

“Using video to launch a restaurant is a new venture for us,” explained head of marketing Arpita Anstey.

“Using video to launch a restaurant is a new venture for us,” explained head of marketing Arpita Anstey.
“It has been incredibly exciting to see the film’s popularity amongst our new Birmingham audience, having received more than 20,000 views in its first week alone. The reaction to the video has given us a lot of encouragement that our new location is the perfect choice for Bistrot Pierre and that we will be a welcome addition to the city’s important and thriving food scene,” she continued. 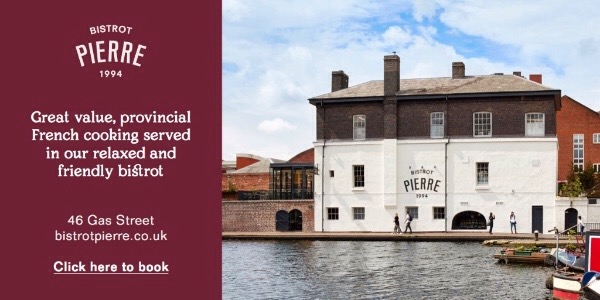