If you are a vegetarian and you don’t eat or like fruit or vegetables, then maybe ask what’s the point. Veg are the kings of vegetarian and vegan living. All hail the veg 🙂

So in that respect any news that an Independent food grocer is opening in Birmingham is therefore greeted with the applause and plaudits it deserves.

That’s why I love the idea of The Eight Foot Grocer. i did wonder if the guy who owned it initially was a giant, that eating all those veg like your Mother told you to do had made him grow so much that he had turned into a fairy tale character, old Jack himself.

No in fact, his name is Chris James and his grocers is in the lovely Jewellery Quarter and is housed in a eight foot wide former loading bay near
St Paul’s Square.

Chris has turned a quirky venue into a new fruit and veg store selling exciting deli produce locally sourced where possible and all in a eight foot wide space. The store is in Caroline Street next to the Braderie Vintage shop and opposite The esteemed Bloc Hotel.

The shop is an eclectic mix of local art, and photography, and receives daily fresh bread deliveries from nearby Peel and Stone bakers and stocks such items as jams, marmalades, loaclly made Cufuffle preserves,
Kneals Chocolates, Pip’s Hot Sauce, pastas and olive oil.

It also serves porridge for breakfast, and sandwiches, salads, and cakes for lunch.

It’s a proper shop, independent and local and open from
8am-8pm Monday-Saturday. 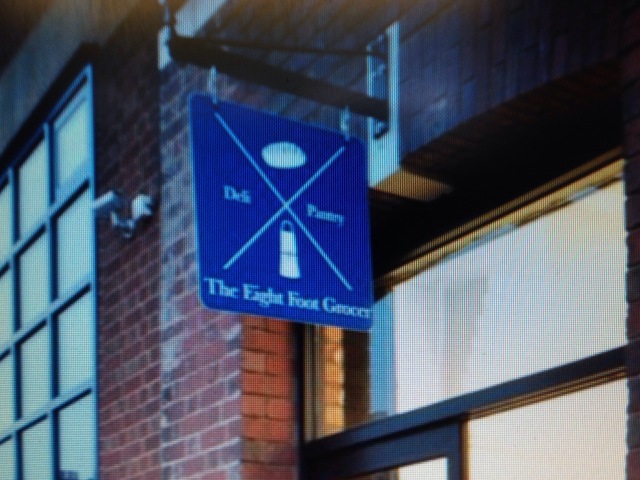 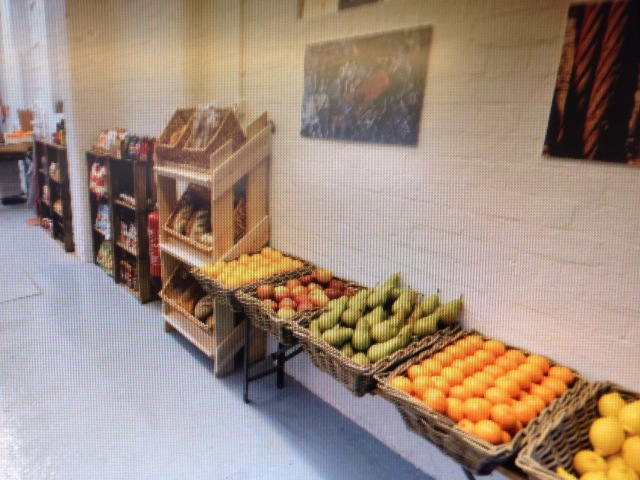