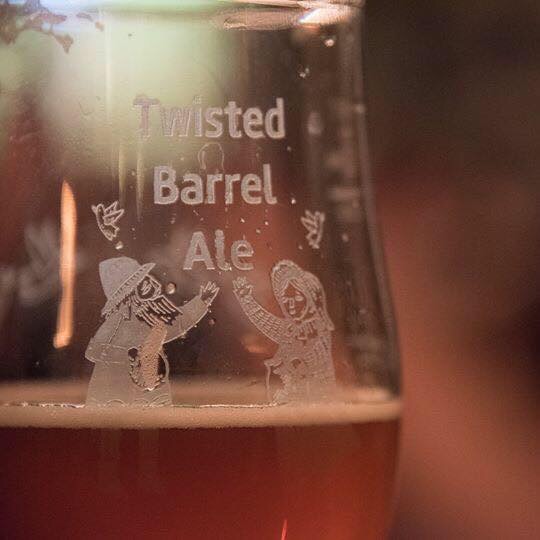 Vegan and Veggie friendly Twisted Barrel Ale are moving from their current premises in Coventry city centre FarGo Village. The new premises will be in nearby Far Gosford Street. Just a few doors down.

The new site is much larger with a brand new 24 keg bar. Producing roughly three times more beer than currently.

The entire bar and Brewery will be moved shortly and the Summer Beer Fest is the last opportunity in the current site to enjoy a fine list of beers.

Included are 16 keg lines and over 15 cask beers. Along with cans and bottles that can be taken home.

The Indian Lunchbox will be also offering their tantalising Vegan Indian

If anyone’s trying to plan their weekend, this is the keg order for the weekend.

When each keg is gone they’ll move onto the next round for that tap. Expect most of round 1 to be gone tonight / early tomorrow afternoon.

What this list proves is there’s a tremendous amount of Vegan friendly beer locally and in the U.K, and that the move towards this is becoming more popular.

For full details of the Beer festival see the Facebook link below.

Photos are not my own and from Twisted Barrel Ale and The Indian Lunchbox with thanks.

Apologies for the lists but the amount of Vegan friendly drinks available is testimony to a changing industry and I wanted to show how many choices are out there.

Please note the list of beers is correct at time of going to press and maybe subject to change. Thanks to the Brewery for the lists via face book.