Monday’s will never be the same if you are a Vegan or Veggie in Birmingham.

The news is that esteemed and popular Vegan Street food traders The Vegan Grindhouse are taking over The Mockingbird at The Custard Factories kitchen all day on a Monday from August 10th for the rest of this year for a Meat-Free Monday’s special. 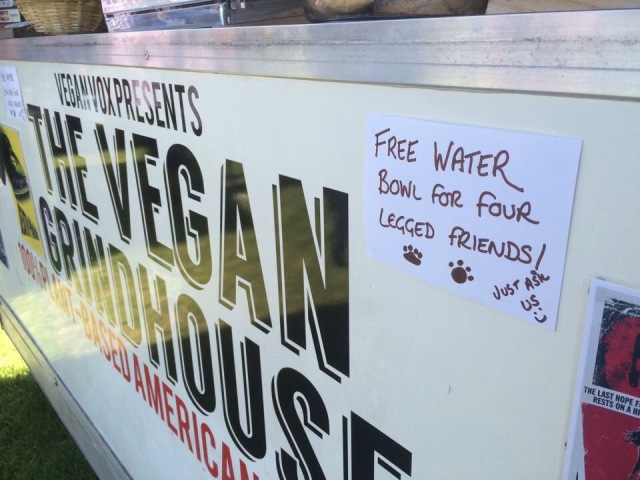 The teams behind the successful Mockingbird Theatre, Bistro & Bar and Midlands based vegan street-food company The Vegan Grindhouse have collaborated to host a new destination event every Monday in Digbeth, Birmingham.

The event, The Vegan Grindhouse presents Meat Free Monday’s at The Mockingbird which is taking place every Monday from 10th August at Mockinbird Theatre Bistro and Bar, Custard Factory, Gibb Street, B9 4AA.

Then every Monday evening from 5-9pm there will be a new menu featuring food from different regions of the USA, such as burritos, Philly cheesesteaks, meatball marinara subs, mac’n’cheese and all American sides and desserts. There will be gluten free options available on each menu also.

In addition to the food, Meat Free Mondays will also feature free film screenings in the theatre, music and a range of vegan beers, soft drinks and plant-based milks for coffees and teas.

Lisa Burbidge-Brown, Co-owner of The Vegan Grindhouse said “We are so excited to take on this weekly residency at The Mockingbird. To give people a fully vegan restaurant menu every Monday is a great way to promote the Meat Free Monday message of reducing or eliminating their meat and dairy intake due to health, environmental or ethical reasons and this is a great opportunity for people to try exciting new vegan food and see why going meat free is a viable alternative diet and lifestyle.”

The Vegan Grindhouse by Vegan Vox travels around the wider Midlands area to markets, festivals and street-food events to bring their high-end Americana handmade organic vegan food to a wide range of customers.

They have traded across the UK including Birmingham, Warwickshire, Blackpool, Manchester, Wales and London since starting the business in April 2014 and have many more events booked throughout this year working with some of the big names in Street Food events.

The Dinner menu will change each week and will be announced prior to the Monday.

Contact the venue for reservations or just turn up on the day/night.
So introduce non vegans and veggies to a meat free meal with new dishes not served up by The Vegan Grindhouse on their truck. 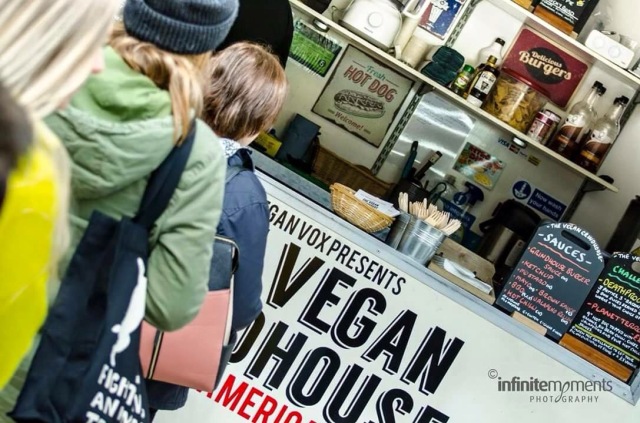