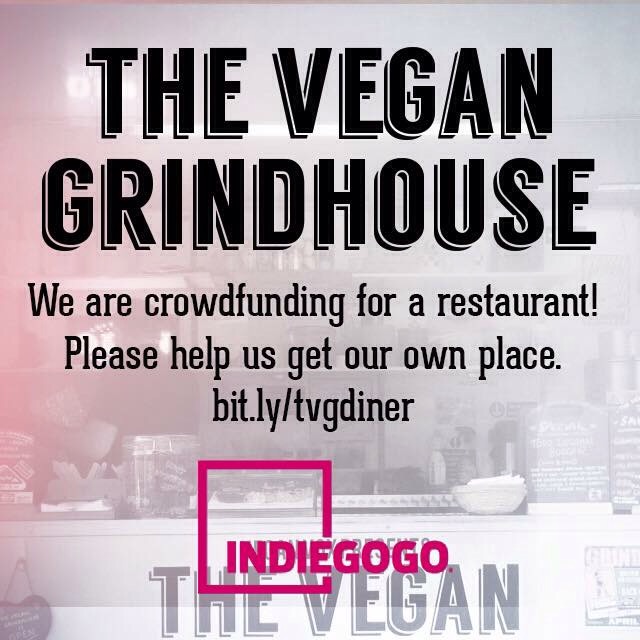 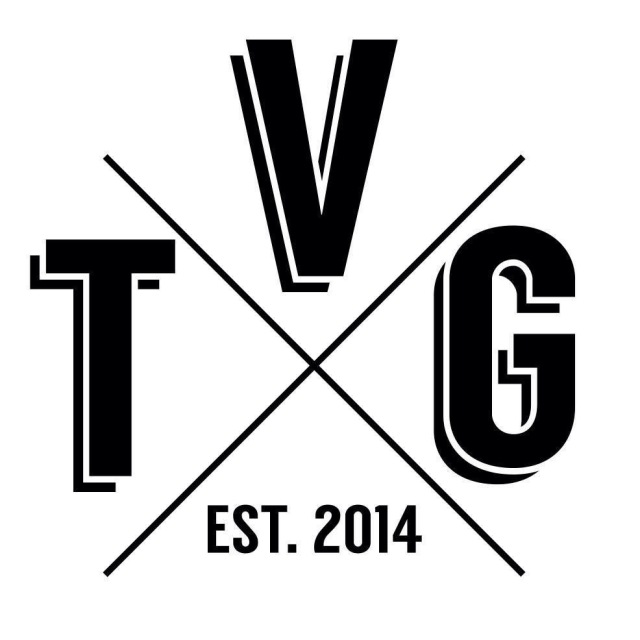 Veggie Foodie favourites The Vegan Grindhouse have launched a crowdfunding campaign at Indiegogo to raise funds to open the first all vegan diner in The West Midlands. See below:

After the success of their weekly Pop up at The Mockingbird in Birmingham for Meat free Monday’s showed the demand in the city for unique vegan food that captures the street food vibe inside, a retro diner to showcase their popular Americana food is a great logical step. Helping to offer more food, more often and spread the Vegan message further through quality and locally sourced and ethical healthy food.

They currently run a Plant-Based Vegan food truck and can be seen around Birmingham and the Midlands at street food events such as Brum Yum Yum, Digbeth Diner and the monthly MAC food market. They’ve been trading for two years via the truck and are hugely popular with Vegan’s Vegetarian’s and meat eaters.

They also want to help a local animal sanctuary – Rogue’s Place in Aldridge, West Midlands which was given notice at the end of January 2016 that they have to close down and relocate all of the animals as they don’t own the land. They have done some amazing work rescuing and housing injured, abandoned and rescued animals and The Vegan Grindhouse have been proud supporters of them over the last 12 months. They hope that a donation from the funds raised can help them to find new premises or homes for their residents during this time of crisis for them.

There is a selection of great rewards for contributing to the campaign and other goals if they do not reach their target of £25.000 to open their diner, including a vegan take away shop and new street food van and trailer.

They plan to open 6 months after the Crowdfunding closes and when premises are identified.

So pledge to help them, Rogue’s Place and Birmingham/West Midlands in getting its first all vegan restaurant.

Please click this link to go to their campaign and share this with everyone you know via social media.
https://www.indiegogo.com/projects/the-vegan-grindhouse-diner

It’s a good cause and helps support a local family business that is a leader in driving the Vegan and meat free message forward in the Midlands.

The crowdfunder runs until the 27th February.

Photos from The Vegan Grindhouse.