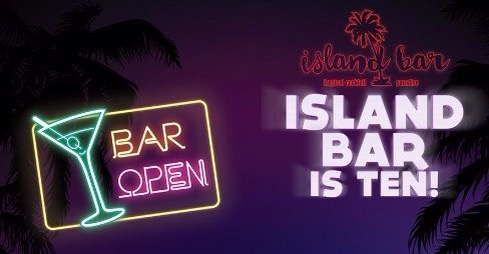 Many years ago when I was much younger (say over 10 years ago) there wasn’t very much choice of bars or quality places to drink a varied and creative choice of drinks.

The amount of independent bars were few and far between and generally if you wanted to have a night out you would have to go to a predictable chain that had a limited menu and certainly no cocktails.

Island Bar opened in 9th September 2006. Situated on Smallbrook Queensway it offers an alternative option to the Birmingham pub and bar scene with handcrafted cocktails, classic creations and in-house Tiki concoctions as well as an extensive rum collection and a range of bottled beers. The venue’s ethos was and still is, to serve quality products by knowledgeable staff in an unpretentious venue. The bar has had many a makeover in the past ten years as well as seeing the cocktail offering expand and the music profile moving from indie / rock n’ roll to more soul and disco.

To mark this big birthday, Island Bar’s General Manager Simon Gilligan has created a line-up of events to celebrate including – a quiz night dedicated to the past ten years on Wednesday September 7th with rum based prizes to be won. 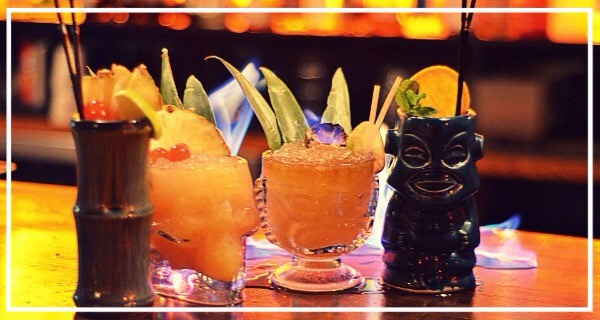 Friday 9th and Saturday 10th customers are invited to join in the party atmosphere with DJs past and present taking to the decks to re-live some of the best moments from the Island Bar dancefloor. A one-off menu has been created by Simon for the weekend offering Tiki fans 2 for £10 all weekend on the favourite tipples of the past ten years.

Island Bar’s birthday isn’t just a milestone for the bar, but also a celebration for the independently run family Island Bar is part of.

Bitters ‘n Twisted is one of Birmingham’s hospitality success stories, run by Matt Scriven who’s idea was to offer the flagging bar scene in the Midlands a much needed injection of creativity and fun 10 years ago. Following Island Bar’s opening in 2006 neighbouring boozer, The Victoria and then gin emporium Jekyl & Hyde were set up. Fast forward ten years and Bitters ‘n Twisted Venues owns and runs 10 venues within Birmingham and the Midlands with the most recent being a Bodega Cantina opening in Leicester, July 2016.

​“Looking back to 10 years ago the hospitality scene in Birmingham has changed beyond recognition. We’ve been honoured and determined to play a large role in this renaissance of Birmingham and we remain passionate about contributing positively to this great city for another 10 years. I can’t believe how quickly the time has gone and what we have achieved and I hope our customers continue to love what we do for many years to come.”

The team at Island Bar are asking customers to join in with them via social media to share their best memories over the years, using the #Island10 to collate a decade of anecdotes and pictures, the best ones will be rewarded with drink based prizes for the weekend.

Happy Birthday guys, and thanks for all the good nights so far across your venues from Veggie Foodie.

All photos courtesy of Bitters ‘n Twisted and Island Bar with thanks.