Birmingham is certainly becoming a much more interesting place to live for veggie friendly dining. Though not fully vegetarian Tonkotsu has a decent amount of options in store.

Tonkotsu is one of London’s best-loved Ramen bars and it opened a restaurant in Selfridges in Birmingham’s Bullring on 5th September.

Its the first Tonkotsu outside the capital and the team is very happy to be partnering again with Selfridges after becoming a popular choice for shoppers in the Oxford Street store.
Ramen is a Japanese noodle dish containing stock – usually pork and chicken – with a special wheat noodle and toppings including marinated egg, slices of pork, wakame seaweed and bean shoots. 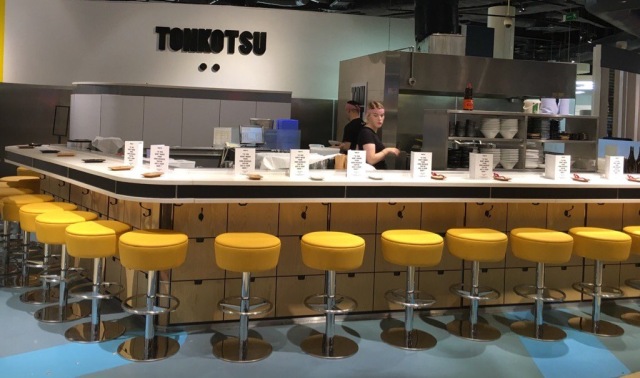 Tomatsu is proud to make all its noodles in-house thanks to their bespoke noodle machine, giving a fresh, springy noodle.

Tonkotsu is the name of the richest, porkiest ramen dish – serves a variety of completely authentic, delicious, short-menu ramen with various starters, sides, artisan Japanese beers and whiskies to complete the menu.

In addition  Tonkotsu Birmingham will serve katsu curry, perfect for a mid-shop pit stop. Japanese and British lagers and ales will be on offer along with house cocktails and wines. All dishes will be available to take away.

Tonkotsu is a group of six London restaurants, including Selfridges Oxford Street Foodhall, serving ramen with homemade noodles in slow-cooked broths, along with craft beers and cocktails. For locations, check out http://www.tonkotsu.co.uk/

Business partners and friends Kensuke and Emma opened Tonkotsu Soho in 2012 after hunting around London for a decent bowl of ramen and not being able to find one. Japan is full of ramen-ya and there are plenty in New York and over the world, so why not in London? Ken and Emma believe in keeping things simple, having a few dishes done very well and serve cocktails, Japanese and British beers and a couple of great wines. 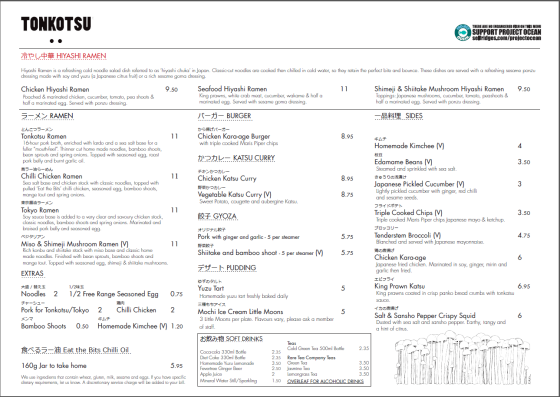 For the menu see above.

All images courtesy of Tonkatsu.

Birmingham is thriving as a city of independent businesses. It is quite easy to believe the opposite looking around the Bull Ring and the high street. More and more independents, shops, cafe’s and restaurants are now thriving in and around the city centre.

Independent Birmingham is the flag waving movement and website of all things independent in Birmingham.

IB as it known is dedicated to unearthing the very best of Birmingham’s hidden gems and best kept secrets with the aim of encouraging people to re-discover the city we love.

The ethos of supporting businesses with a local leaning and conscience is superb in my opinion, some of the best places to go in Birmingham City Centre and its neighbourhoods are independent and offer friendliness and a uniqueness that chains don’t provide.

Independent Birmingham provide a year long membership card for £15 or two for £20.

The card provides discounts and deals in signed up shops, bars and restaurants. It is a unique pass to a sunshine of localism and top quality places that provide an experience as well as uniqueness.

Their website http://www.independent-Birmingham.co.uk provide a directory of all outlets signed up.

Independent Birmingham announce new additions to the card frequently so keep an eye open for more.

Recent additions are The Electric Cinema in the city centre who are offering IB card holders 2-4-1 tickets on standard seats form Sunday-Thursday, Rico Libre tapas in Digbeth who are offering 10% off breakfasts and tapas excluding Saturday evening, Itihaas Restaurant, 20% off Sunday-Thursday and The Coffee Lounge on Newhall Street 10% off and 20% off for afternoon tea for 2 people.

They have recently announced places such as, Vintage Hideaway, Fletchers Bar and The Sun at the Station and Hare and Hounds in Kings Heath and the Dark Horse pub, Cafephillia, and The Java Lounge in Moseley.

Plus Michelin starred restaurant Adams in the city centre, Ju Ju’s cafe by Brindley Place have joined along with the Jekyll and Hyde pub are offering 20% from Monday to Thursday off food. See website for full offers.

Others already signed up include:

If anyone has any personal favourites and wants to recommend places please feel free to leave a comment below at,

Or at Twitter @andydhare or on the comments section below.

Thanks for reading Veggie Foodie.